Luke AFB in Glendale, AZ (near Phoenix) happened to  host an air show this year, and it turned out that the show was scheduled right at the end of my spring break.

The show at Luke this year was packed with “firsts”. It was my first air show of the year as well as my first air show outside of the Pacific Northwest. It was also the Thunderbirds’ first show after their forced hiatus in 2013. Moreover, this show was (I’m pretty sure) the first ever appearance of an F-35 Lightning II at an air show.

Due to external circumstances (including spending a half hour as a human sandbag to keep the ERAU tent from flying away in a sudden windstorm) and my general unpreparedness for this show, I wasn’t able to take many photos (though it was nice to just be a spectator, something I haven’t done in a while). When I was taking photos, I could definitely sense how rusty I have become. Hopefully I’ll get that worked out over the course of FITS and Seafair and be back on my game in time for Abbotsford.

Acts featured in the lineup but not pictured in my album include (but are not limited to) Rob Holland, Matt Chapman, Greg Colyer in the T-33 “Ace Maker”, and the USAF Thunderbirds. I did, however, get some photos of a pair of F-86s and a USAF heritage flight. 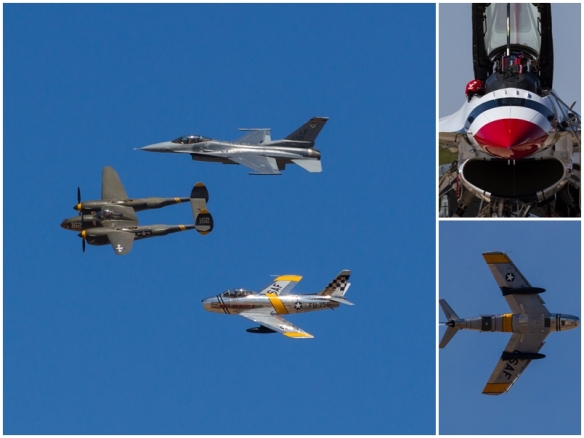