My other two videos from this year’s JBLM Air Expo are up on YouTube. The videos show a race between Bill Braack in the Smoke n’ Thunder Jet Car and Tim Weber in his Extra 300S. The second video shows Tim’s aerobatic routine.

My photos from the Air Expo can be found HERE.

Next up will be my one video from the Abbotsford International Air Show and a couple videos from the Flying Heritage Collection’s Fly Day on the same weekend.

It took me nearly three months to do it, but I have finally uploaded my first video from this year’s JBLM Air Expo (which was way back on July 21st). The video features John Klatt flying the Air National Guard MXS in one of the most impressive aerobatics displays I’ve ever seen.

I’ll post again once I get the rest of my videos from this show up on YouTube. After that, I still have a video from the Abbotsford International Air Show to upload, as well as some video from the FHC Fly Day I stopped at on the way home from Abbotsford.

The post featuring my photos from JBLM can be found HERE.

I have (finally) uploaded my photos from this year’s Air Expo at Joint Base Lewis-McChord. Highlights include the Patriots Jet Team, a B-1B Lancer, the US Army Golden Knights, and the USAF Thunderbirds.

I’m currently working on storage issues (i.e. I don’t have enough of it), but I will work on my videos from the Air Expo once I sort those out. In the meantime, I will work on editing and posting my photos from Seafair 2012 and the 50th Abbotsford International Air Show.

CLICK HERE FOR MY PHOTOS FROM THE JBLM AIR EXPO 2012 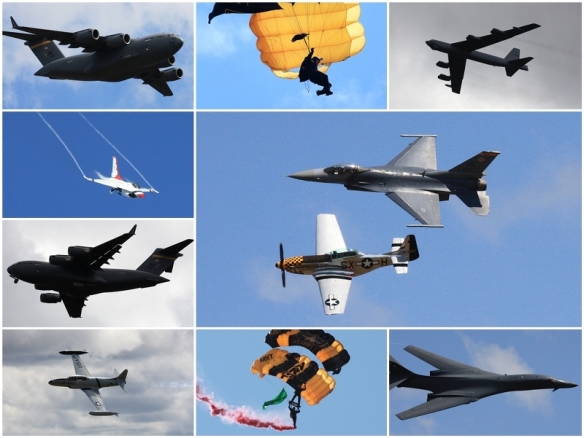 Countdown to My Next Event

Click on the map to see a 3D globe showing the site's hits.

All content © William Carpenter, 2011-2014 unless otherwise noted. Unauthorized use and/or duplication of this material without express and written permission from this blog’s author and/or owner is strictly prohibited. Excerpts and links may be used, provided that full and clear credit is given to William Carpenter with appropriate and specific direction to the original content.
Loading Comments...